When the call for help  first came in , I had to take a moment  and breathe.

A few days earlier a  young boy of 16 years old had told his father, whilst driving home from soccer practice, that his mother had been sexually abusing him since he was 12 years old. He wanted me to tell him what to do . He had a proviso to the help he requested : I was not to tell the authorities as she is the primary bread winner , mother of his children and he does not want her removed from the family. And he loves her.

Why was I needing that breath ?  I see women as wronged by society, abused by men , family stalwarts, the person who sacrifices for her children. I was deeply uncomfortable thinking about this mother as someone who could  sexually  abuse her own child.

We want women to be seen as primary caretakers and protectors of children . If we know they sexually abuse children , this reputation would be irretrievably damaged. So we keep silent. Of course if it is a man who is coercing her into it, we think of it in the context of his sexual gratification. She is then a victim of the man.

Think about this: What if she is an equal partner in this sexual abuse, or may even have coerced the man into offending? Uncomfortable right ?!  Even the women who are convicted of sexual abuse against adolescent boys can be seen as victims as adolescent males are seen to be more sexually  dominant and powerful than adult women. If she acknowledges that she independently sexually abused children , she is often seen as “mentally unwell”. And referred to a psychiatric facility.

Don’t tell ! Keep the secret. That is what I was told to do. That is what the child is told to do. There is so much more  stigma, denial, disbelief  attached to  being  a survivor of a female sex offender that  health care providers and others do not believe the survivor. So they hold the secret. The belief that it is rare increases the traumatic sexualisation , betrayal, and powerlessness . We see the results in  these children as they become adults. 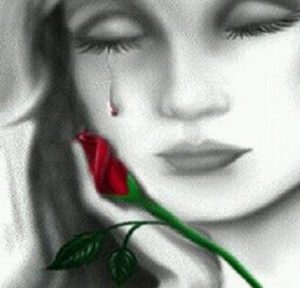 Female sex offenders are not that rare and in fact is on the rise. Convicted females sexually offenders against children  is 1-2% . Yet according to narratives of  adult survivors of CSA (Childhood Sexual Abuse)  it jumps to between 6%-60% .Are you surprised to learn that  nearly 4% of people incarcerated for sex crimes are female?!

In 1996, the National Center on Child Abuse and Neglect (NCCAN) investigated more than two million reports alleging maltreatment of more than three million children. More than one million of these children were identified as victims of abuse. Of the one million children, 12% were sexually abused. The sexual abuse of children by women, primarily mothers, once thought to be so rare it could be ignored, constituted 25% (approximately 36 000 children) of the sexually abused victims. This statistic is thought to be underestimated due to the tendency of non-disclosure by victims.

Society’s construction of women and the general denial, disbelief and misunderstanding about women who sexually abuse children , compounds the impact of abuse for children . Women are constructed as nurtures, caretakers, asexual .. She is  often the mother of the child.

Young boys are especially harmed when they are sexually abused by women . They are  negatively impacted sexually , emotionally and mentally. He runs a higher risk of becoming an adult  sex offender.he struggles to form intimate relationships and to have a functional healthy sexuality.

Female sex offenders leaves the child confused about care-getting, care-giving and and sexuality. These children bear greater guilt and  greater shame and sense of their own “badness”. It feels like  a greater betrayal than from a man as women are supposed to be “trustworthy”.

Woman abusers will go unseen and unrecognised so behaviour will be unaddressed and  these children are untreated. Add to this judicial leniency , cultural ignorance  and media hype  which together have inevitably lead to lighter sentences , underreporting and glamorisation of female sex offenders.  Newspaper headlines scream : “Attractive young  blonde teacher caught having sex with her pupil”  Consequences are minimal.  Females caught engaging in sexual relationships with younger students are often placed on probation and  do not require to register on state sex -offender database. They get off lightly if any action against them is taken .

Who is the female sexual offender? Here is her profile:

And in case you are wondering what I did after I received that phone call : I called  my supervisor  to talk me though my own judgment and discomfort. I called  my local and international  professional accrediting associations to ask about my professional duties and obligations. I called  the authorities and I called  a child support NGO to attend to this family asap.

Contact me for counselling or  further information about Female Sexual Abuse.