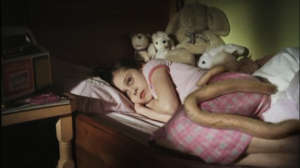 I  observe closely  the hand wringing and   agitated  physical movements as I hear  the contradictorily   strong voiced declarations.  Declarations of hard work to get to this place of acceptance.and peace.   Hard work toward  Forgiveness.  This is followed by  intense gazing at me, short silences, as the person waits for my response.

Approval is sought from me. Approval for  following this socially  required   moral and religious goal : forgiveness of your perpetrator  buys you freedom from pain and allows you to be set free so you can grow .

This  person  on my couch is a survivor of sexual abuse. Sexual abuse is seen as the most traumatic event a person can suffer considering that  one single experience can lead to prolonging pain and various after-effects, including sexual dysfunctions and intimacy shutdown.

This is a person who is desperately trying to rid him/her/themselves from the painful feelings that never quite recede and the memories that punctuate waking and sleeping, the body sensations that freeze when touched intimately.

. They have spent this time telling me how they have embraced the notion of “forgiveness” . Self help books, their religion, families and friends have told them that the only way to heal and to move on,  is though forgiveness of the perpetrator.

And yet, and yet, the pain of anger, injustice , shame , decreased self esteem, and depression remains . In some form or another .It keeps showing up despite  best attempts at forgiveness. The gaze at me is a longing for understanding of why this supposed  panacea has not worked for them.

I say “Fuck Forgiveness of your perpetrator “.

I say ” I think it is unethical to force you to feel forgiveness”. I see immediate relief and tears flow as this crude statement resonates with their experience. Trying to reach a state of  forgiveness , even stating “I forgive you ” to their perpetrator, has not caused escape from the pain.

The question hangs in the air:  if not forgiveness of my perpetrator, what will remove this dastardly pain?

Im not disputing the power of forgiveness completely. Robust research indicates that forgiveness  of traumas generally has positive effects on physical health and mental health. It also helps manage pain of interpersonal crimes. I  followed the argument that applying forgiveness in sexual abuse survivors gives them the edge, the leading  position in relationship with the perpetrator  and enables them to take control of the situation – and then actively pursue trauma growth .

Somehow that didn’t work to release pain in my clients. And not much trauma growth happened.

The work of Ellen Bass released me from trying to fit forgiveness into my client’s toolbox of healing and trauma growth. Her book, The Courage to Heal: A guide for women survivors of child sexual abuse”   opened up the conversation many survivors felt but could not articulate : that self contempt and self blame hinder coping with stress and that the necessary form of forgiveness for the survivors of sexual abuse is forgiveness of the self.

Self acceptance , self forgiving , having more self compassion inclines one to less stress from trauma. People less forgiving of themselves are more vulnerable to anger, depression and to develop psycho pathologies.

Not only is it useful and healing to forgive oneself but also to forgive the situation, such as floods, illnesses. Or an unsafe environment in which the sexual abuse occurred.

One tool in every therapist’s  toolbox is that of journaling. Writing down one’s painful experience reduces psychological and physical symptoms rather than  suppressing and making you more vulnerable to illness. Does this method work with  forgiveness in sexual abuse survivors?

A group of researchers applied writing to examine the effects of of forgiveness on the depression , shame and post traumatic growth of sexual abuse survivors.

A quick definition of post traumatic growth : it is the positive change that occurs when individuals overcome their traumatic experiences.

South Korean  participants who had experienced sexual abuse were randomly assigned to two groups :  the forgiveness writing therapy (FT) group and the control group. The FT group participated in four writing sessions in which they wrote about self-forgiveness, situational forgiveness for 30 min; the control group did not participate in any particular treatment program.

The results indicated significant group differences; compared to the control group, the FT group demonstrated a significant reduction in shame and depression, and an increase in post-traumatic growth.

Feel free to try this out for yourself : the  4 topics used by the researches were :

I wonder if your experience will be the same as participants. Beware: it could trigger tremendous flashbacks and so be advised to do this work under the guidance of a therapist if you feel those triggers going off. Stop immediately. Call a therapist .

Results from  the study : a releasing from self reproach and destructive behaviour due primly to practicing humanity on self , self pity, self acceptance through writing.

Reducing depression as you kind of control those ruminating thoughts that lead to depression through writing.

And as significantly I wonder if you , through this writing exercise, can reach the ultimate goal, which is post traumatic growth . Through reprocessing the trauma, reflecting, comprehending through this lens and writing it all down ,  and in addition , considering your future resolutions (values/goals) perhaps you saw some light at the end of your  dark painful tunnel .

In summary, Forgiveness of self and the situation is more powerful than attempting to forgive your perpetrator.

So forget about this one sentence  “I forgive you” that society states will release you from hell. Forgiveness is a process , a series of stages , in which you understand your emotions and take specific actions , like writing , to stop start your way into acceptance and integration of the  sexual abuse trauma.

It is not for sissies .

For more information on Childhood Sexual Abuse , contact me.